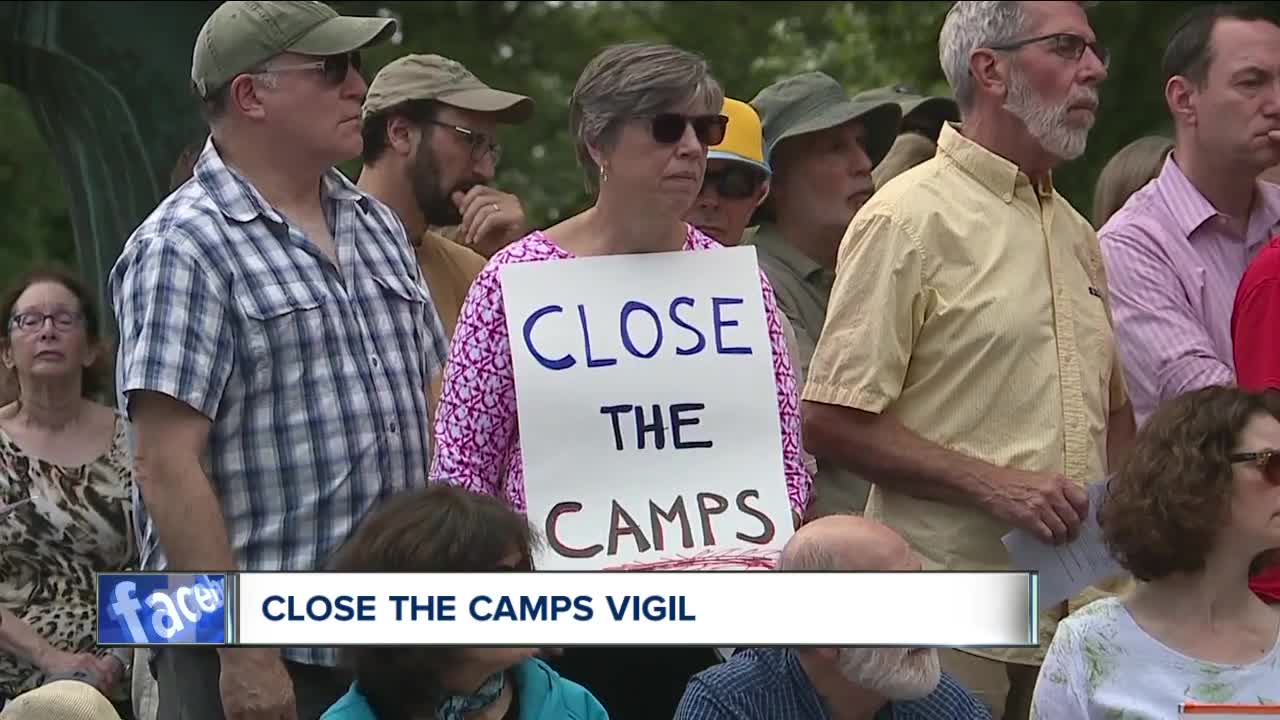 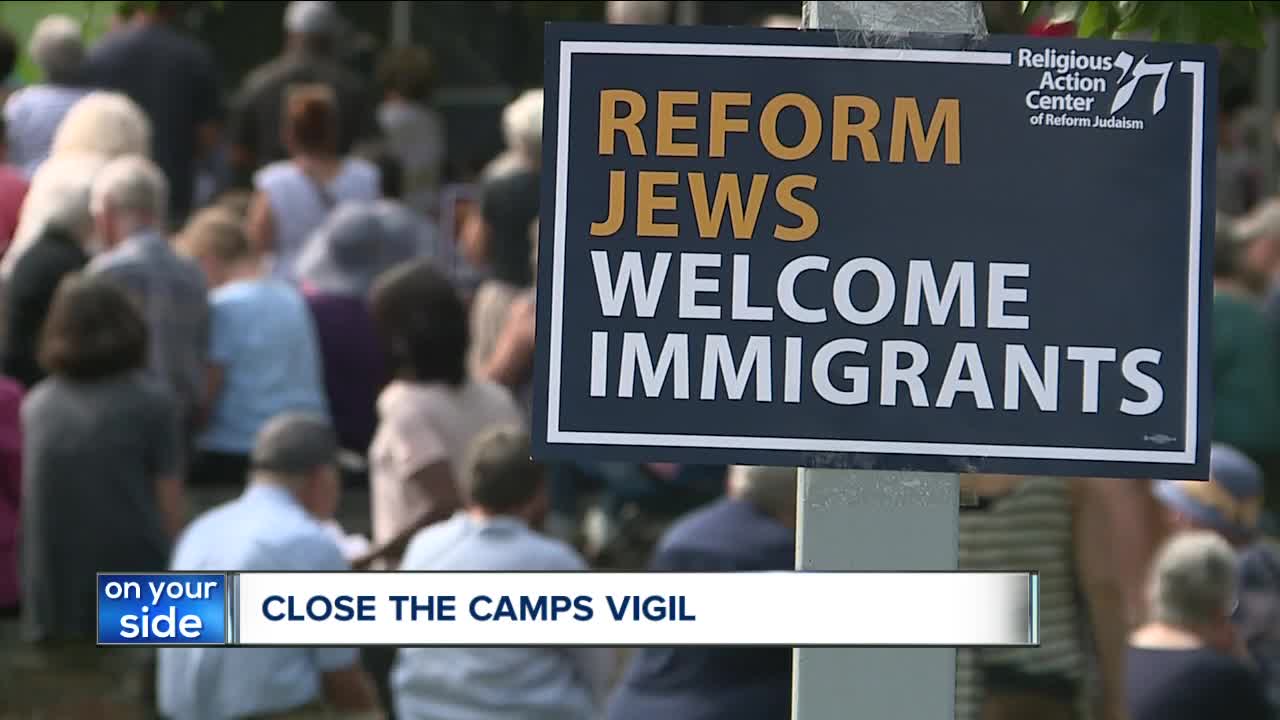 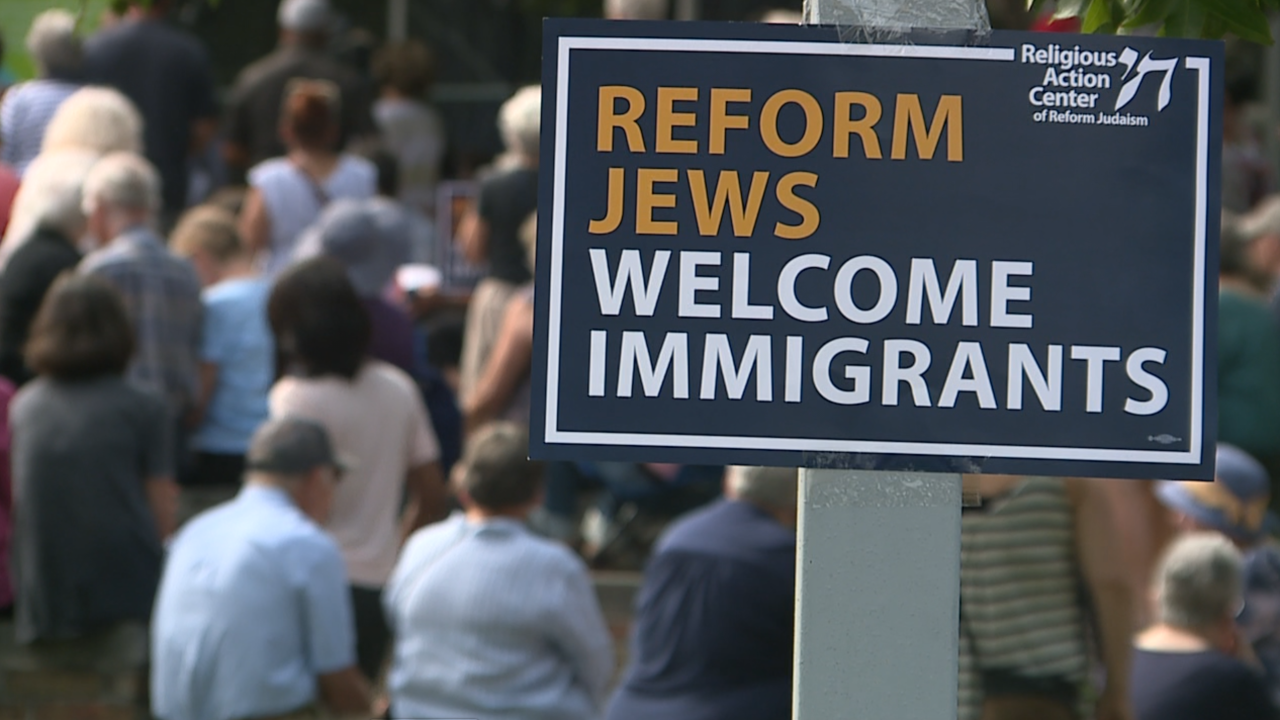 That vigil was deliberately planned for Sunday, which is also Tisha B’av—a day of national mourning in the Jewish religion. On Tisha B’av, the Jewish community looks back on the times they faced persecution dating all the way back to biblical times.

Organizers said they thought that made Sunday the perfect day for this vigil and to talk about the issues at the border.

Natalia Alonso, from Fremont in Sandusky County, said she was only about five-years-old when her father was deported to Mexico after immigrating into the U.S. illegally. She said he was gone for no more than a year, but the impact his absence made was devastating.

“I don’t know if anybody else has experienced this, but feelings like my heart, I get sad just thinking about it, my stomach starts to knot up,” said Alonso, now a 16-year-old student at Fremont Ross High School. “When I was a kid, there’s pictures of us where we’re drooping. And we’re not enjoying being kids, we’re not running. Most of our time was just sitting on the couch, you know, saying where’s papi?”

Alonso shared her story with dozens of people at the Suburban Temple in Beachwood at the #CloseTheCamps vigil.

They were protesting the treatment of immigrants at border detention camps and the separation of families in ICE raids across the country, including one where agents detained nearly 700 undocumented workers in Mississippi, leading to a video of a little girl begging immigration agents to release her parents.

Sunday, Mark Morgan, the head of Customs and Border Protection, said the agents were just doing their jobs.

“I understand that the girl is upset and I get that. But her father committed a crime,” Morgan said.

Alonso spoke passionately about her own experience at the vigil and expressed sympathy for the children going through similar circumstances now.

Alonso was just one of eight speakers, all brought to the temple by five local Jewish community groups.

Along with prayers and songs, they urged the crowd to call their local lawmakers and ask them to condemn and close the detention camps.

“These are detention camps and in these camps, there’s extreme inhumane conditions. Children are living in squalor, children are being taken away from their parents. These are deplorable conditions and we’ve got to stop detention camps in the treatment of the immigrants,” said Elaine Geller, with the Cleveland chapter of the National Council of Jewish Women.

News 5 reached out to several lawmakers in our area who have expressed support of the border camps, for their reaction to this protest, and have not yet received a response.